Another Japanese Artist, Hirofumi Isoya, who was one of the finalist at The Reference Asia shared his series Drawing the Event where he re-examines the consistency in recognition and the linear temporal axis through creating works. Most of the subject matters are familiar in our daily lives and how he manages to capture and record these fragments of life moments is what intrigue me the most with this series.

These works mostly capture details of subjects, and reflect scenes and sensations that his body catches before he comprehend the whole circumstances.

The colour of the images are decreased to sepia tone while one side of the frame remains a colour of the original photo. In the interview with The Reference Asia, he mentioned, “While a frame is generally considered as an additional matter to a photographic work, I rather consider my work has an image stuck on a frame which is a sculptural object. I aim to present multiple relationships including the presentness of the colored frame, the spared space between the photograph and the frame created by the process of manipulation, and the viewers’ thinking and disturbances about the outside of the frame which you pointed out.”

Japanese artist Kensaku Seki (with a background in physical education and himself also as an athlete) recently made a work 2:16.22 which looks at five athletes who stake their lives on the act of running and the on-going fight to set records. The work looks at the other side of glory in setting the record numbers – the sweat, the pain, the endurance etc came together for an artist book as well as an exhibition that is currently showing at Reminder Strongholds.

I really enjoyed the work perhaps because I was also a former swimmer and I resonate with the hardship behind the glorification.

I am a total sucker when it comes to photobooks or series about family and home. Japanese photographer, Miki Hasegawa, focuses her works on maternal love, and social issues revolving around that. The more well-known work, Internal Notebook, is about the emotional cries of children raised in abusive homes (which she started as she was worried she would be doing the same thing to her daughter). She took portraits of those children along with the diaries and notebooks they have kept. The book was made with Yumi Goto at Reminders Photography Stronghold workshops.

This work was interesting, no doubt, but her other works Jewels, Teck-mac-mah-ya-con and To be called mama caught my eye more. The trilogy talks about her relationship with her daughter, in their everyday life, from seeing the world through her daughter’s eyes, to worrying about her flying away somedays and seeing a glimpse of her feminity. They are all stages of life which are universal between a mother and a child.

When you read the images, there are subtle differences in the feelings you get from the images or the series. Jewels give a more naive and playful point of view, that mirrors the action of a 3 years old child. 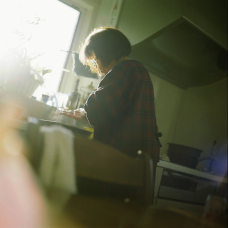 Teck-mac-mah-ya-con has a sense of about to disappear.

To be called mama really portrays the feminity of 5 years old as if she is a grown-up lady.

I remember seeing Saiko Nomura’s work at the HKIPF Provoke show last year 2018. And her’s stands out the most because of the experimental way of printing.

“Another Black Darkness” is Nomura’s first experimental series created through solarization. The book, which consists of black ink oriented on black paper, has been highly praised for being the most experimental out of all recently published photo collections.

Would love to get my hands on this book! 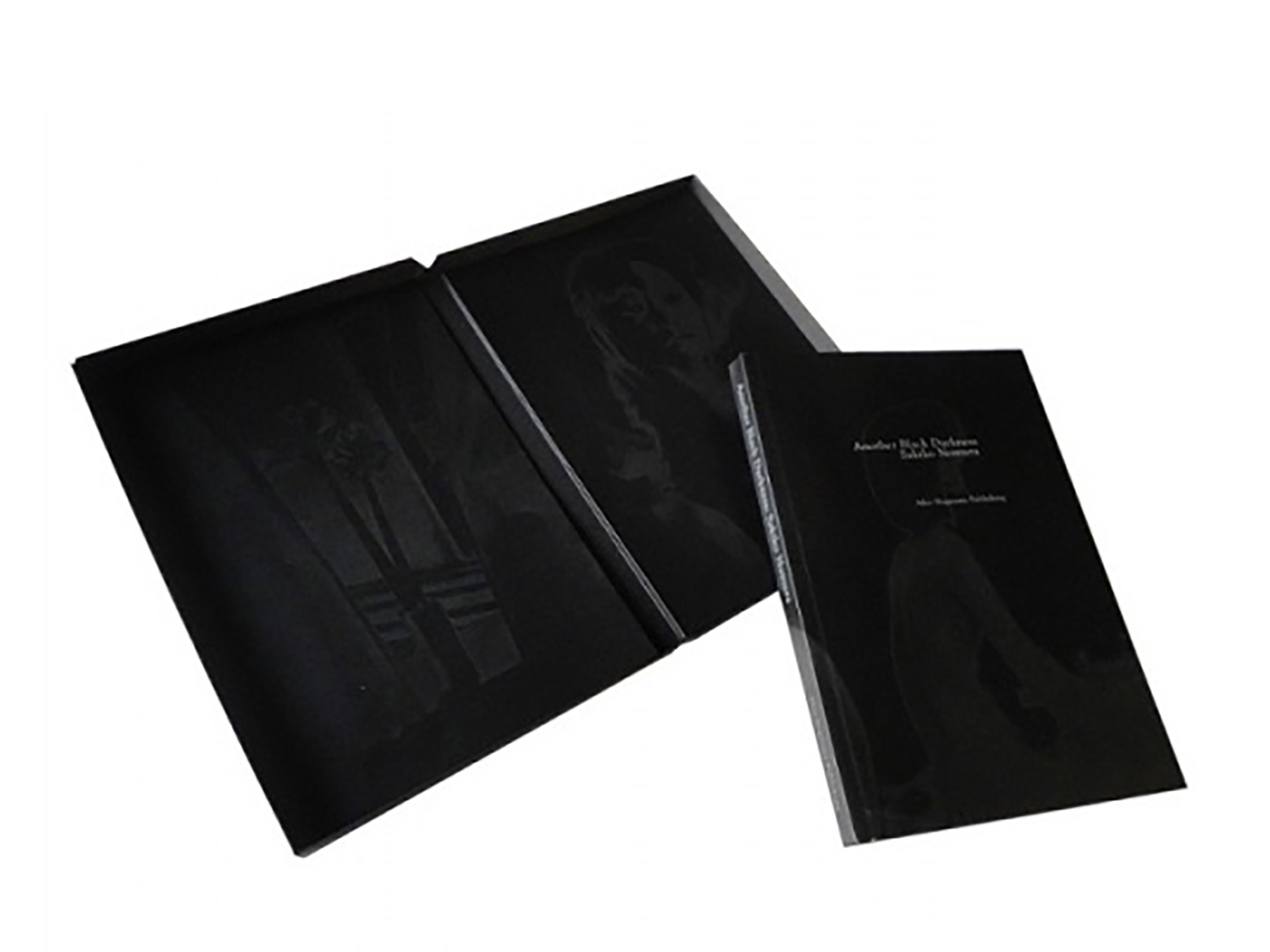 The renowned Japanese photography work “Ravens” by Fukase has recently has his “Family” book reprinted by UK publisher MACK. Family has always been a topic that’s close to my heart. Knowingly that the “Ravens” work was really an antidote of the aftermath of his wife and muse Yoko leaving him, bringing him to use “ravens” as a symbolism to characterised his solitude of loneliness, pain and sorrow, the work “Family” is somewhat a different visually narrated work.

The cover and the design made my very first impression of the book. The design of the cover was very much similar to the Chinese 族譜, a documented scroll of written names of the ancestors and family branches in the entire history of e.g. the Chans. The 33 plates images (all done by dry plate technique) are studio portraitures of his immediate and relative families beginning and closing with the house that he lived in.

They are, in fact, no ordinary portraitures. In all the plates, his wife Yoko stands out the most, even when in group photographs where all face backwards. From the review by Jorg Colberg, he mentioned that “she is allowed to only wear what I learned is a traditional undergarment for women (koshimaki). In effect, she is naked, and it is only said garment and her long flowing hair that allows for some form of modesty.” For me the work speaks a lot about the masculinity power and how women and females are positioned in Japanese families. According to Colberg, the work also talks about cruelty and the relationship between Fukase and his father. Without knowing the history of him being terrified of his father since young, I guess personally I wouldn’t be able to nitpick this from reading the image (plate 29) alone. I do wish I can read Japanese to understand the synopsis written in his website to have a better view of his family history and the work.

What I really agree with Colberg is that “…what attracts me to this body of work, to this book, is that it resists the kind of resolution of so many other family projects where differences are acknowledged, and people might go their own ways, but it’s all good. Often enough, life just will not conform. Here, that narrative is missing, and there is just an assembly of fragmented ideas and aspects, some which are fighting each other… Sometimes, it’s good when things are not too spelled out.”

I think sometimes you don’t need to be extremely knowledgeable in the art history or skilled in visual literacy to be able to feel the the work. I guess this is the reason why this work is another masterpiece of his. The emotions, the conflicts and the tensions happenings within and portrayed in these family photographs can be felt and understood even though I’m some stranger and no family connection of his. For me, that is a timeless piece of work.

Side note: Towards the end of his artistic life, he also made another work called Bukubuku (means bubbling), which is his self-portraits when bathing in water, showing his solitude and isolation of the world once again through this visual diary of himself.

An excerpt of the work and article published by FOAM.

Rinko, a Japanese photographer / visual artist, whose work often revolves around small things and little moments in our day to day lives. Her work dances between the subconscious of dreams and the subtlety of the reality – flying birds, close-up of the details of hands, illuminated skies etc – creating loose narratives of visual poetry which gives a tranquil and serendipity feeling from within.

From PHMuseum we learn that she adopts her work ethics from Japanese culture and Buddhism. “I’m not a strict Buddhist, but I like an idea of Buddhism”, Kawauchi explains. And with this comes an appreciation of simple things, and their imperfections.”

Honestly I didn’t know how to appreciate her work before, when I felt at that time her work was very ordinary and nothing special. Yet maybe through my own buddhism practice as well, there’s a growing love and appreciation towards her work. The pictures often display moments that feels so close as if they can be touched. It feels as though I can just walk into this life of what she created – the dance between dreams and reality.